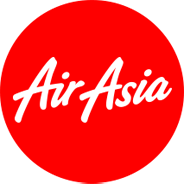 Within the space of five years, Asian budget carrier AirAsia has grown quickly, helping to shake up the airline business in the region. With its fleet of 30 Boeing 737-300 aircraft and 15 Airbus A320s, the no-frills airline currently flies to more than 45 destinations in Malaysia, Thailand, Indonesia, Macau, China, Philippines, Cambodia, Vietnam and Myanmar.

AirAsia’s seen by many as a ‘blue ocean’ company as it was based on the Southwest Airlines model of quick turnarounds and low-cost fares. Although Group CEO Tony Fernandes says he hasn’t read the seminal book by INSEAD professors Chan Kim and Renée Mauborgne, he says AirAsia has sought to exploit blue oceans.

“What does the market want? Nine times out of 10, when you go for what the market wants, it’s something that’s different. That’s why invariably everything we’ve done is kind of blue ocean, except for AirAsia X (AirAsia’s new long-haul operations) which is completely blue ocean. But we weren’t the first to invent low-cost travel, we weren’t the first to invent a low-cost hotel. We’ve taken it to another level, but we’ve been a bit Japanese in taking it, and adapting it, and making it better for our part of the world.”

Fernandes says AirAsia X is expected to start long-haul flights to the UK in September. Virgin has just taken a 20 per cent stake in the new carrier.

Branding has been key to AirAsia’s success – along with its low cost operations – and the airline’s CEO has been branching out into budget hotels and online financial services. Often described as Asia’s answer to Richard Branson of Virgin, Fernandes also started in the music industry before moving into the airline sector.

“Many Asian companies don’t value branding as much because they don’t see it in the bottom line straight away,” Fernandes told Knowledge. “It’s something that even I have to explain to my board time and time again, that the fruits of branding are over five years.”

And his advice to would-be entrepreneurs: “Go with your gut, give it your best bet and you may fail, but don’t give up.”

No comments to show.
Aged Domain